Skip to content
Some smart Bocconi students defended their thesis in September and I finally managed to write about it.

It’s that day of the year that the university asks me to wear one of these classic professor robes. I’m a lean and rather short guy. They are unisex. I look entirely lost in them. And as I’m German, they are anyways alien to me. We abandoned them in the 1970s. And I rather agree with that. They are an artifact of a time that passed. They are a symbol of how academics vaunt about themselves. And they do that too much. But anyways: The reason for this costume show is Bocconi’s graduation day. We actually have that one four times a year, and I had planned to write a post about the last one in September. I never got around to doing it because of… well, I never found the time. So I keep it brief.

In all honesty: Thesis defenses at Bocconi can be a bit annoying. Students have 10 minutes to defend their work. For us, it’s a conveyor belt instead.. Asking questions is almost not possible. The graduation committee consists to a large part of professors who have never even seen the thesis. What should they ask? And it had been common for me until recently that I was sitting in defenses that were entirely held in Italian, because committees were large and they needed professors to fill them. At least now that committees are larger, that hasn’t happened to me anymore.

Still, my ideal situation would increase the defense to 20min, but reduce the committee to only the supervisor and the discussant. As a professor, I would spend less time, which means I can invest more time in my productive work. And still I would be able to give more attention to each individual student, so that it also becomes more ceremonial and meaningful for her or him.

Short answer is: No, not really. They are apparently more environmentally friendly in production and more nutritious than alternative classic sources of protein, like beef. But they evoke disgust. And you can’t really debate about disgust. It’s an emotion. Hence, you need to catch consumers emotionally. Make it visually appealing. Promote it with a nice smell. Embed it into moments when eating is a social experience. Give it the connotation of luxury rather than sustainability. Oh, and don’t say insects when you sell insects.

Made in… here and there (Francesco Busetto)

In 2017, we can’t really identify a country-of-origin that easy. Raw ingredients come from here, then some intermediate production steps are done there, but it’s assembled over here, and the firm sits in another place. Country-of-origin effects are a popular topic for research. But what is the country of origin that consumers perceive? What happens when international firms take over local producers? What is the country-of-origin of Italy’s proud ice cream franchise, Grom? Is it Italy, because Grom was born in Italy, or is it Holland, because Grom’s parent Unilever is Dutch? If customers are aware of this, then it’s both, and the perceptions that consumers have towards both countries matter.

In a shop, you first see a product in its packaging. Sometimes, packaging changes. L’Oréal did that when they added a doser to a shampoo bottle. I mean: One of these things that helps to more accurately get that amount of shampoo that you need to wash your hair. Not too little; not too much. It’s not a surprise that innovation increases willingness-to-buy. It’s a better product, after all, and with an identical price, who wouldn’t want it? There is a trick, however: branding the innovation makes it more successful. Hence, when you next see a firm that sells you its shampoo with its patented EasyOut (c) dispenser (I made that name up, but you get the idea): there is a deeper meaning in that.

How to fool Italians with coffee capsules (Massimiliano Ciaramelli)

This is an interesting case. Italian’s passion for coffee is legendary. Mythical. Starbucks failed once with entering this market, and for their second attempt, they are already taking two years time to prepare their initial launch. Italians want Italian coffee. Except when: it’s coffee in capsules. Then, they actually prefer global brands. They’ll perceive them as more progressive, more valuable, and of better quality. And they prefer that. They go totally nuts when it’s a global brand that combines its clear global brand message with a (fake) Italian appearance. They love it. 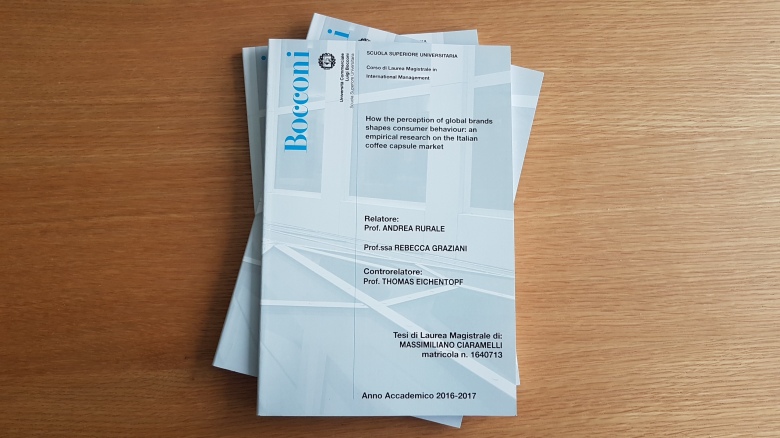 My own student came to me with a rather particular idea. She was not even sure if I as a marketing professor would be interested in supervising it, because it was inspired by her background in cross-cultural studies. She originally wanted to learn something about people that live abroad. We slightly adapted this topic (to make it marketing-friendly). See, Donald Trump’s travel ban received a lot of criticism, and some witty responses from big corporations. Some were in the travel business, and some were not. And some consumers are themselves living abroad, while others are not. So she studied a classic experimental setup. I’ve rarely supervised a more diligent student. She found that firms can benefit of corporate political activism. Consumers might buy more – unless they think that this is the firm’s intention. Consumers might also get more loyal and develop more positive attitudes to the brand – if the content of the message corresponds with their own political preferences. 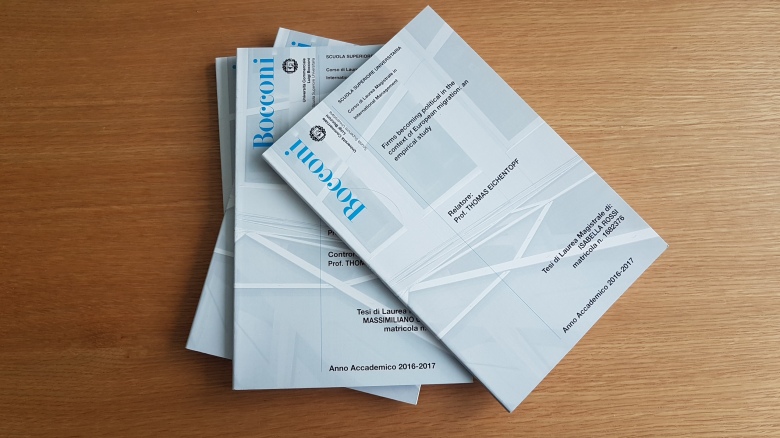