If you have lived for some time in Berlin, chances are that you have also made a day trip to the Spreewald. It’s just one of those things that you do. In Lübben, Burg, Lübbenau or one of the tiny places in between, you either hop on a Spreewald-style gondola or you rent a kayak or canoe for yourself. I say gondola, because the international crowd will most certainly have an image of those Venetian boatman and how their boats through Venice’s canals with nothing but a long stick of wood. Well, that’s exactly the same mode of operation of traditional Spreewald boats, just that they are usually larger.

Yes, we’ve been sitting in one of those big boats. But I’m very thankful for my Mum actually booked one just for us. I mean: for her, the girl and me, my brother, her sister, and her best friend. That made for a much more pleasant atmosphere and kind of elevated it a bit from this mass experience. Also, I don’t know why, but that day it felt like the Spreewald was rather empty. Not too many boats and not too many people.

I certainly recommend it, albeit usually I would prefer a kayak tour for the sportive fun of it. Just pack some good anti-mosquito instrument. (Thanks again, Mum.) Our boatman offered us some nice explanations on the development and village traditions. I was most impressed with the German post service (Deutsche Post), which actually delivers mail to every house by boat. In Summer. In Winter, villagers need to go to a central place, because delivery of mail on ice skates is not an option.

Dutchies might think that the Spreewald reminds them a bit of Giethoorn. To be honest, that’s fairly accurate. I mean, just take a look at those three pictures. Only two of them are from the Spreewald. 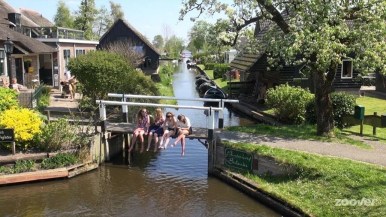 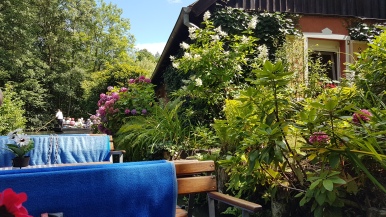 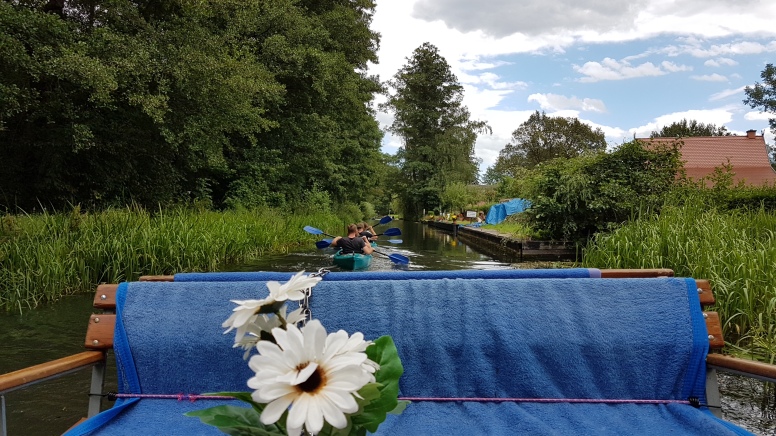 The Spreewald is also located in one of Germany’s few minority language areas. (At least as long as you do not consider Saxonian, Bavarian, and Swabian as minority languages. I don’t. They just pronounce weird.) Point is: Sorbian is fully recognized as a language and street signs are bilingual. They are the descendants of their Slawic forefathers, some of which have left traces in the form of pre-medieval castles. One of those we visited the next day. This one, the Slawenburg Raddusch, I highly recommend also to international visitors. A small archaeological museum wonderfully explains the multi-ethnic history of the area. And apparently, once a year there’s also a big Open Air concert.

Anyways, Spreewald. I have not been there in 8 years now. It was a very welcome short trip. Maybe Mum should turn 60 more often. Or 50, if she prefers.