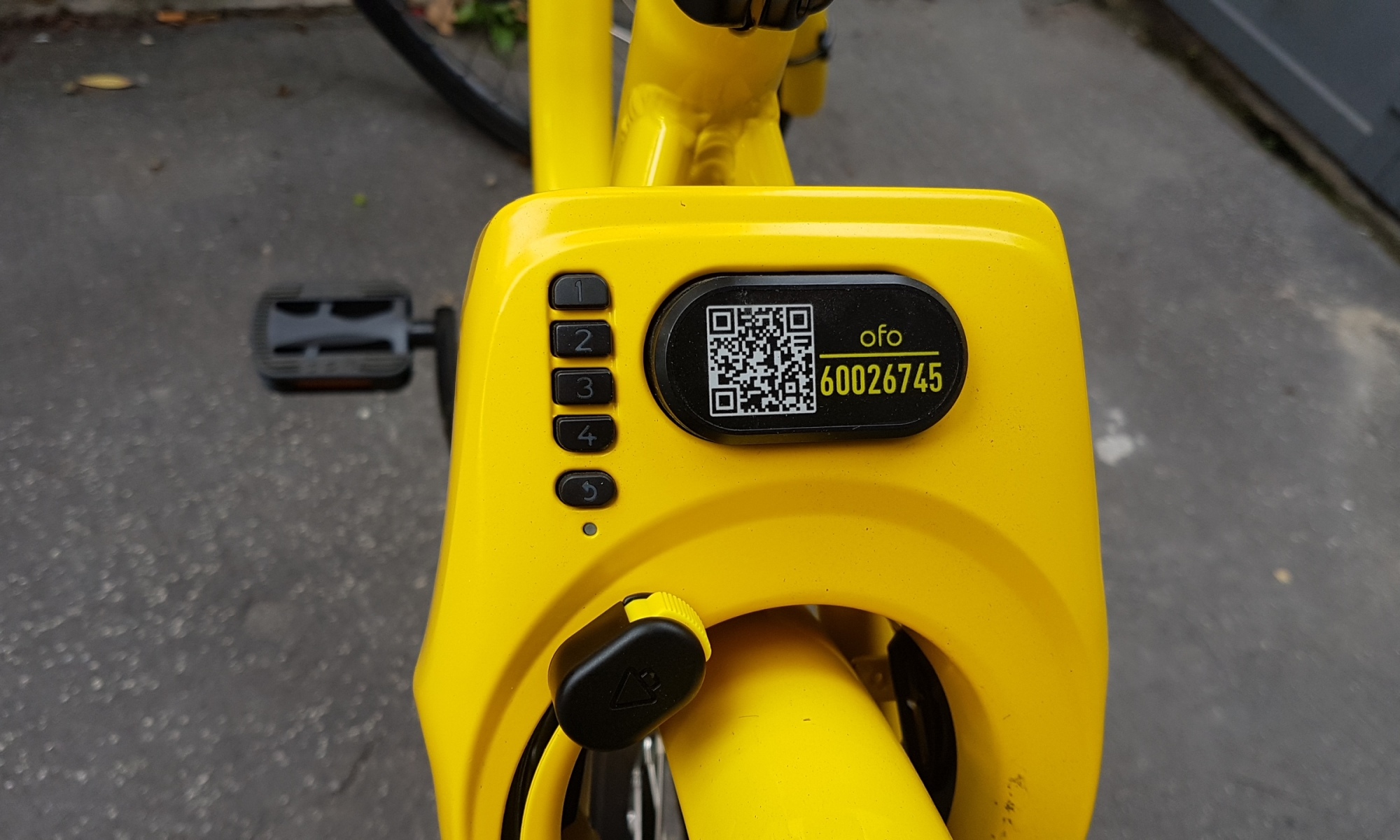 With bike-sharing taking off, bike vandalism is a new problem in Milan. Some think it reflects bad stereotypes. I think it indicates success.

Andrea Giuricin, a colleague from Bicocca University, had a Facebook post of his going viral this week. Here it is.

The political class is only a reflection of the citizens. This is the free-floating bike sharing service of Mobike and OFO that can only work thanks to two principles: an economic one and a civic one. The economic one requires the economy of density, i.e. it only works if users can find bicycles very close by. The civic one is what’s missing in Italy. If in Milan, one of the most civilized cities in Italy, that many bicycles are thrown in the Naviglio by idiots, we should not be surprised about the decline of our country.

True words. Italian traffic problems themselves are often an outflow of egoistic behavior. Words that need to be put in a more international context. I’ve lived at enough places to safely say: This idiocy is a problem of our generation across Western cultures. Fishing bikes out of channels is common practice in the Netherlands – and has been long before the advent of free-floating bike sharing. In a way, Milan could proud itself that it now shares the problems of a true bike-friendly nation.

I hope they don't mind I took the picture. . . . . #sunsetlover #ilovemountains #wintervibes #foggy #lakeview #panoramaview #takeabreak #outsideisfree #mountainhome #gooutside #weekendvibes #sunnysunday #fromwhereistand #placeslikethese #somuchsnow #snowlove
I was about to post a second picture from the snow. Then I took this one on a cold ride today. With the intense saturation by the sun, this almost looks like spring. But look at the trees: 50m higher frost had put a layer of ice on all their branches. That's where I came from. Even small mountains can have two faces of weather. At any rate: This now was the last bike ride of the year. . . . . . #onabike #cyclinglife #fromwhereiride #placeslikethese #wintercycling #lastrideoftheyear #pedalforever #roadslesstraveled #sundayride #weekendvibes #neverstopexploring #outsideisfree #intothemountains #mountainhome #ilovemountains #swissnature
Back in Switzerland, I rented cross-country ski for the day and returned to the snow. I was most amazed by the duality of weather brought by the high-altitude fog. I started when I couldn't see even 100m. I finished when melting snow fell from trees at increasing rate. This picture captures the time in between when sun and blue sky were just about to take over. . . . . . #winterwonderland #xcski #crosscountry #langlaufen #schneezauber #freshsnow #outsideisfree #graubünden #neverstopexploring #gooutside #touchthesnow #intothealps #mountainlove #mountainhome #weisseschweiz #schweizimwinter #swisswinter
Walking into sunset. It's been a long season. This last ride on Mallorca today could very well have been the last major outdoor ride this year. It was a worthy finish, bringing me above 10.000km for the second time running. Thanks to all who rode with me in 2019. I had lots of fun. The mind is forming new adventures for the next year. Join me again. . . . . #cyclinglife #cyclingmonday #endofseason #restart #sunset #urbancycling #cyclist #bikesnotcars #bikestagram #mallorca #newways #fromwhereiride #roadbiker #roadbikelove #roadslikethese #pedalforever #neverstopexploring #beatyesterday #onthebikeimhappy #lifebehindbars #bridgingthegap #ilovecycling
It took me a long time to consider Mallorca. Too ample the prejudice against the Ballermann. Convenient flight times gave it the go over the alternative for a last weekend on the bike this fall. Out of season, it's a quiet gem to be enjoyed. . . . . #cyclinglife #neverstopexploring #onabike #onthebikeimhappy #switchbacksunday #roadslikethese #fromwhereiride #seaside #mallorca #cyclinginspiration #ilovecycling #outsideisfree #outdoor #pedalforever #pedalpower
The day after #illombardia: Il Lombardia #granfondo passes in front of our hotel. And off they go into the #ghisallo.
Roads carved into rocks. I admire the engineering that creates a path on steep cliffs from scratch. They take me to stunning places, where already the changing views from the road are part of the experience. I can't do beach holidays.
No mistake of my camera. This is nature.
As a roadbiker, I dig for these kind of roads. Narrow switchbacks, sunny conditions and, a rough, diverse, and quiet landscape. #switchbacksunday
Follow Onabike.cc on WordPress.com