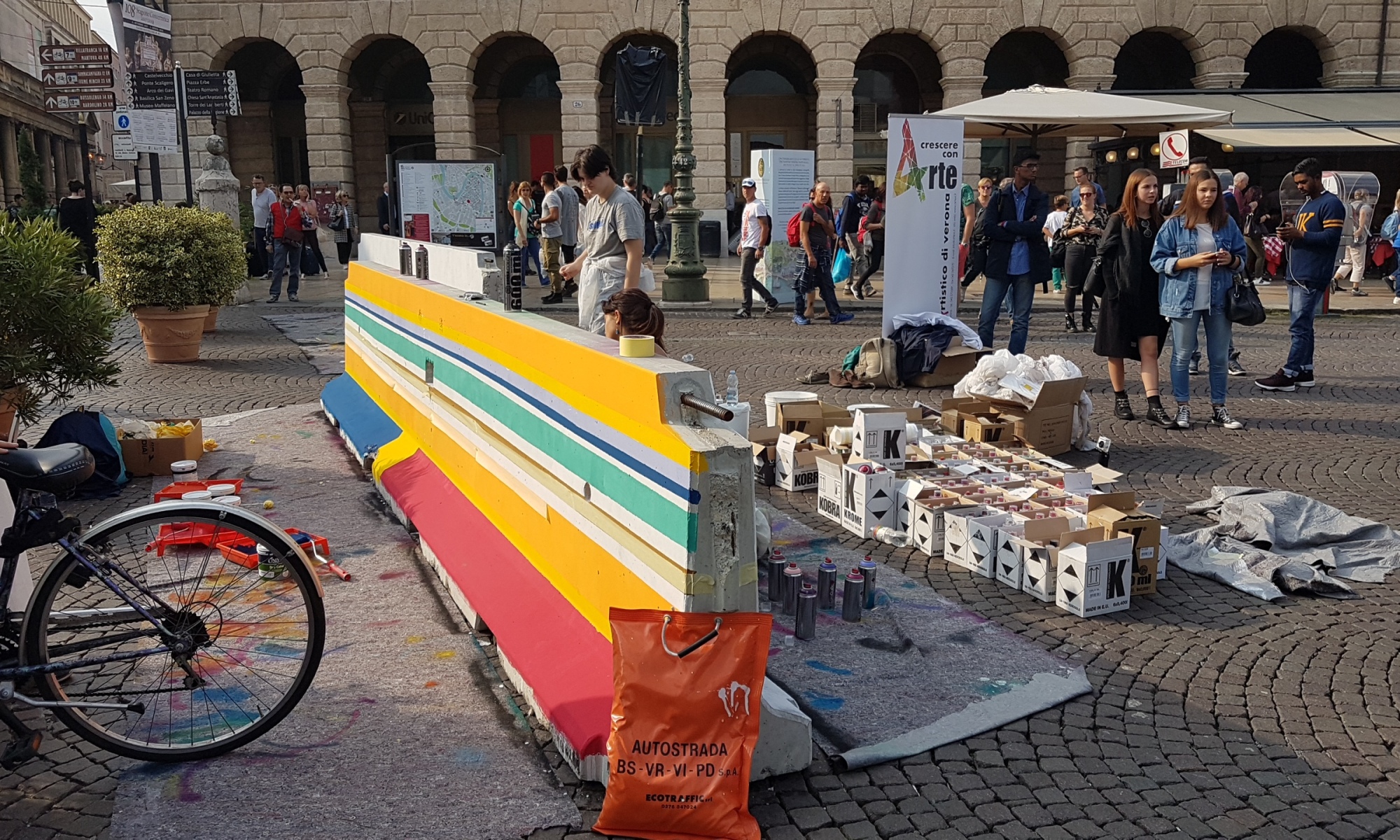 Anti-terrorism barriers against trucks are ugly. Can't we just paint them? Sure we can!

I understand that cities need to find measures to give people the perception that they are better protected from terrorism. As recently terrorists got fond of using trucks, it’s obviously natural to place concrete barriers in sensitive spots. In Milan, we now have them for instance at Piazza Duomo. Two weeks after placing them, a car with two lost French tourists entered the square. Which brings up two questions:

(1)  If a vehicle can slowly enter without obstruction by security forces, how would that really prevent terrorists? I get that this is about finding the right balance between maintaining accessibility for those vehicles that need to go there on one side and between creating this security perception on the other side. Perception anyways.

(2) What do you need to do to prevent tourists from stupid GPS navigation fails if not even concrete barriers in front of a clearly pedestrian-only square are not enough?

Still, why I understand the motivation, I despise of the execution. These concrete barriers are already not pretty where they separate the lanes of opposite directions on Belgian/French/Italian highways. But do they need to be left ugly when being put as anti-terrorism barriers? And left as easy bait for graffiti kids?

No, decided the people in Verona, where they put similar barriers to prevent terrorists from entering the big square in front of the Arena. When I passed through Verona this Saturday, a few artists were very busy with putting colors, patterns, and decorations on these barriers.

The banner in the back says crescere con arte: growing with art, or: rising up with art. That speaks for itself.