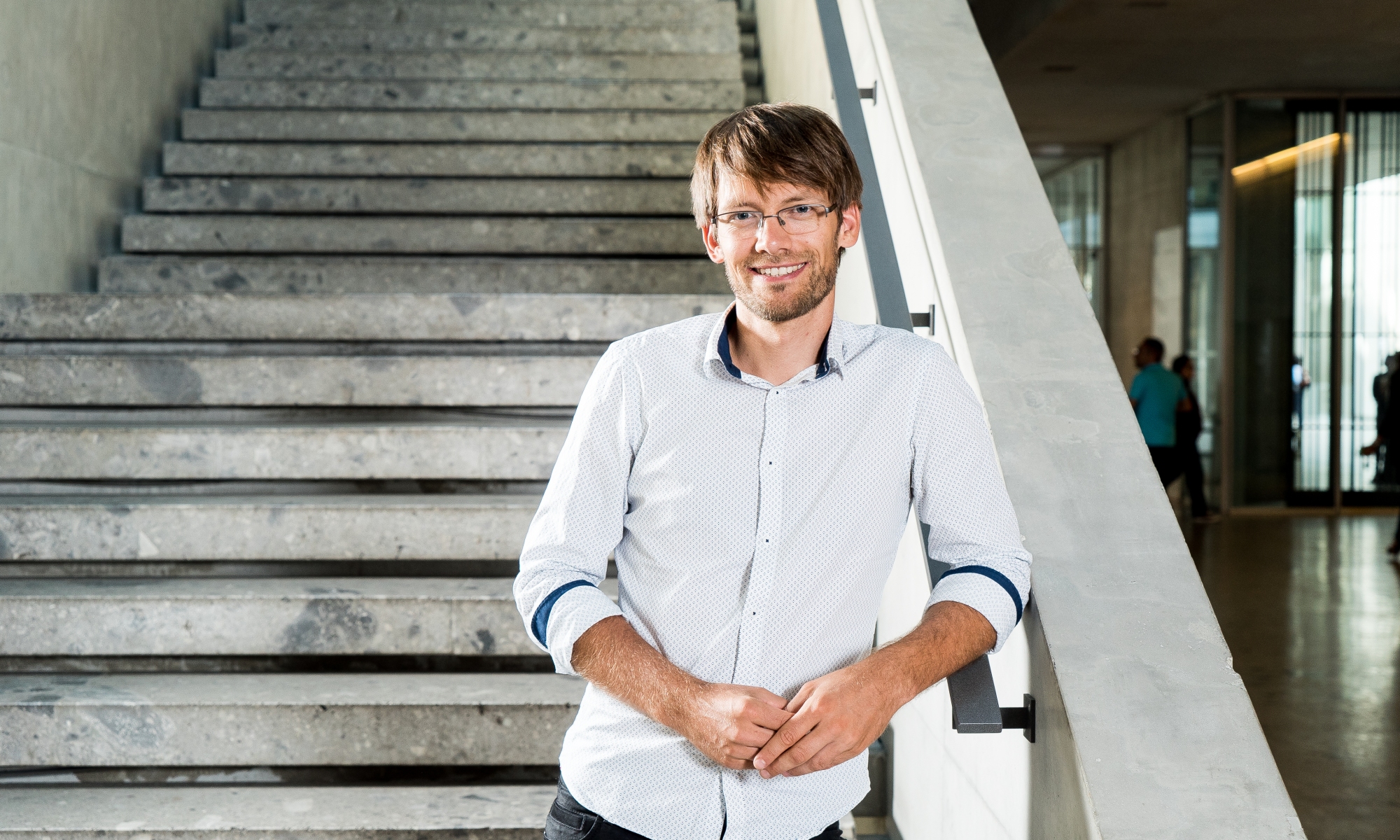 Standing in front of students again. Talking about Disney, princesses, and John Carter. Who is John Carter?

Teaching is the second big element of my job. And I like it. Thanks to a wonderful instructor I had during my PhD at Erasmus, I understand teaching (and presenting in general) as transporting information by acting. To be or not to be. Not to be, he claimed: Take a role, and go with it. Helped me a great deal in feeling certain when standing in front of people.

Nonetheless, the first day of classes is always very exciting. Imagine it like the thrilling bubbles that you feel right before your first date. Who are they? And how will they engage? Will it be a good match? Telling yourself: Remember, you make it a match yourself!

I am teaching marketing research this semester. Again. I’m co-teaching it with another assistant professor, and our work is divided simply: He takes the applied lessons with lots of quantitative exercises on data analytics, which constitute 75% of the course. I give them a crash-course introduction for the remaining 25% and then administer the group project, during which they develop their own marketing research projects. I’m not a big fan of co-teaching, but in this course, I think it works.

May I say that I think our course is kind of special? There are hundreds of undergraduate marketing research courses out there. And they usually follow the same outline. Slowly talking about

Don’t get me wrong: all this is relevant knowledge, but it doesn’t take a full semester-long course for what nowadays is also mostly intuitive knowledge. More or less, we just need to freshen up what our students know already. Two years ago, I started teaching with a 1,000 page textbook from 2012 that seemed to be the ubiquitous choice. I found it terrible. So much bla-bla, and treating the internet as if it was still 2008.

In 2017, marketing research in the field has gone highly quantitative. We are discussing big data and artificial intelligence. We can’t teach that to undergrads in just one semester, but we have to get them closer to that. We understand our role such that they should get excitement about working with data and statistical software. As future business executives, they shall feel comfortable with reading and using research skills for better, evidence-based management.

Hence, what they need to learn about the topics above, we have essentially moved to the group project. They’ll learn it on the go while they run their small-scale project. The focus of the course itself is data analysis. Applied, non-technical, friendly. I don’t believe in punitive teaching. An exam for me is not a way to punish students that didn’t learn well, and to figure out what they didn’t learn. I want them to showcase what they did learn. Similarly, while we are checking for free-riding, we don’t want to punish all groups with strict supervision measures, but include a simple diagnostic check which allows us to mentor those groups that need us.

And because it’s 2017, they may submit their work in any format they want to. Very likely it will be (digital) paper in the majority of cases. But maybe some have the courage to find other ways to present research outcomes.

John Carter, previously meant to be named John Carter of Mars, originally called The Princess of Mars, is a movie about… well, actually about the princess of Mars, not John Carter, who just happens to be a dude that comes along and gets stuck on Mars, saving the princess and the planet. It’s a science-fiction novel from 1912, written by the guy who also created Tarzan, and it was a huge inspiration for many modern science-fiction sagas, including Star Wars. That inspirational that some Star Wars characters are almost identical to their originals. So much that the movie version of the original now looks like a plagiarism of the plagiarism. Then, years after Star Wars, Disney thought it would be a cool idea to launch a new franchise, because there are several books on John Carter (ehm… the princess of Mars). But Disney thought that a Disney movie with princess in the title would lead people to associate it with Snow White and Arielle and so on. So they dropped the book’s title and went for John Carter of Mars. However, not too much before that, another Mars movie turned out to be a big box office bomb. So they kept making a Mars movie, and advertised it with a super-cliche-all-red-and-dusty poster (admittedly: they later added some other versions), but thought they maybe should just call the movie John Carter. I could go on, as others did. It’s an entertaining read by itself – highly recommended.

I asked my students: What do you think this movie is about? Maybe a movie about a famous person, something like a politician, they said. Jimmy Carter, anyone?

Then they also produced a trailer that strangely put John Carter, who on posters appeared together with aliens, in a late-19th century Wild West world. Two issues with that: When the original novel appeared, that world was rather contemporary. The message was that a guy from today was warped to Mars. A good modern-day movie interpretation might skip the 19th century and replace it with the late 20th century. Just saying. Also, watching this teaser trailer, this just keeps confusing even me, while I know what the whole movie is about: Is it now a Wild West movie or is it an science fiction movie?

No surprise that this movie turned out to be a big box office bomb itself. Even larger than that other Mars movie. Still today, in fact, not adjusted for inflation the third-largest box office bomb ever. Most experts agreed: marketing takes a big chunk of the blame.

Listen to what the producer of the movie had to say about it.

In other words: They just burned more than 100,000,000 million dollars, and they still had no real clue (or were in denial) about what went wrong. That’s then my point: maybe a good corporate culture in which marketing research is a vital ingredient to decisions might have helped here.

Last spring forced us to be apart for four months. This spring, we keep exploiting holes in the system with (white and not so white) lies. Out on the ride today, I enjoyed it so much that I felt again how much I had missed it last spring. Heirs to movement together. For us, it's literally true: #outsideisfree
I often ignore how much I love riding in Thurgau. It's not that part of Switzerland with the most epic climbs. But on days like today, with the fruit trees coming to blossom, and the snow-covered Alps in clear sight, the silent roads just South of Lake Konstanz make for an absolute detox of the mind.
Easter is for families, but families that don't fit the norm (i.e. not living at the same place) are left wanting for more than a year, especially when they live across borders. On Sunday, I entered Italy through a hole in a fence. On Monday, I returned home on a regular border crossing, because Switzerland ain't as paranoid. Along the way, I used the freedom that the bike is. The lakes are waking up to life. May we all this Summer.
Have you been out today? I love Ticino, but I also love to finally ride again closer to home. Spring vibes are there. Add the joy of riding with a strong and steady tailwind.
I think that's what it means to be fully immersed in nature.
The joy of an early season's couple ride culminates at the intense blue of a mountain lake. Ever been to Lago di Mergozzo? I noticed it's been three+ years for me since my last visit, but it's been as gorgeous as always. Or was it the lake? Or was it my bike? Or was it the Domane of my girl?
This is not the seaside. These are the beautiful shores of #lagodicomo on a misty day. Spending a day in solitude on the bike, revisiting places and sceneries that define me as a rider, and feeling that normality ultimately will resume. Let's keep our hope together: just a little longer and we'll be back.
It's gonna be more of snow again. So be it. After the frustration over missing the next big ride vanished, waking up to fresh white brings back memories of deep snow adventures from the past month.
It wasn't quite as warm as I expected, but the snow walls were as big as I wished for. The fourth season offers unique experiences itself and gives a different atmosphere to a landscape that you often know only in green. This was the first big climb of the year. Looking forward to those to come.
Follow Onabike.cc on WordPress.com